MIDDLEBURG – The Midd-West High School now has a “Powerball” chance of having its very own football team for 2018-2019 season, that would not cost the district a cent, thanks to a program sponsored by the National Football League.

After Monday nights school board meeting, however, the main gamble is in losing the lottery that would sponsor the program. The loss would mean the loss of starting a team for next year, as the board voted five to three against funding such a program on its own.

Monday’s agenda listed an opportunity for the board to vote on the Midd-West School District Superintendent working with the Mifflinburg superintendent and PIAA on a potential football co-op.

The agenda item is what led many parents, and current East Juniata football players, from Midd-West to the Middleburg Elementary School gymnasium. The item became a moot point as a guest speaker not on the agenda was the first to speak.

Jim Zack, President of the Board of Directors for Pennsylvania Interscholastic Athletic Association and District IV Chairman for the PIAA, and superintendent of Shamokin Area School District, informed those in attendance that Midd-West School District has a once in a lifetime opportunity to have its own football team completely funded for three years by none other than the NFL.

Zack noted that the PIAA executive director, Dr. Robert Lombardi had contacted him and told him that Pennsylvania is one of five states chosen by the NFL for its High School Kickstart Program that is part of the NFL’s High School Development Team. A school from each of the five states gets full financial support for its start- up team for a three year period.

“This is like hitting the football Powerball,” Zack told the Sentinel after he spoke to the board Monday night.

Midd-West High School is the one school in the state that PIAA would like to benefit from this opportunity, Zack said, “because the executive director and the CFO looked at the criteria and feel Midd -West represents Pennsylvania and the kind of teams we have.”

This announcement came to Zack on Friday, and he had spoken with Midd-West Superintendent, Rick Musselman, and school board president, Victor Abate, upon receiving the offer.

Board members asked if Zack had a time table for application, which he did not. He commented that he had few details at this point. It was also asked if the funds would cover football field upgrades.

The NFL funding would cover coaches fees, uniforms and equipment, Zack said, and it is doubtful it will cover the football field upgrades.

Getting the funding, however, is not guaranteed. The district needs to apply and share its estimated costs with the NFL program for approval.

Later in the evening Abate entertained a motion for the board to approve Musselman to work with PIAA in applying for the NFL funding to start a football program at Midd-West contingent upon actual receipt of the funds.

A member of the public questioned before the vote whether the football program would still be pursued if the funding opportunity fell through.

Board member Sherryl L. Wagner answered the question by saying, “I don’t think anyone here on this board is against a football team, let’s make that very clear,” but she went on to say that the deficit within the district is a concern and the board needs to keep in mind all of the needs of the district, especially and including academics.

Other board members were also questioning where this would leave the future of a football team if the NFL funding is a pipe dream.

“This is not a door slammer,” Abate told board member Thomas Rubillo who asked for a timeline for a team.

The board then voted seven to one in favor of Musselman working with PIAA on an application for the Kickstart program.

Various members of the public took to the platform in favor of a Midd-West team, including East Juniata High School assistant coach Michael Ferriero who presented some numbers to the board, outlining a lower cost for such a program than outlined by the district at a meeting earlier this year.

Ferriero also said he contacted 280 coaches and athletic directors and asked if they would schedule games with Midd-West, and all were in agreement, he said.

“We just ask that you provide the $21,000 like you always have,” Ferriero said, noting the amount paid by the district to play with EJHS.

He said the boosters and the parents were willing to fundraise and solicit support.

Community member Scott Umstead noted there are enough students prepared to play on a Midd-West team and the community is behind the program. Umstead said the recent EJHS football game with Newport Friday was “packed” with Midd-West supporters and food ran out at concessions.

“Hold us accountable,” Umstead said, asking the board to let them make up the difference in funds.

Abate then brought up the motion to allow Musselman to work with the Mifflinburg Superintendent on a possible co-op program. No one opted to motion the item for a vote.

Board member Chris Nesbit then requested the opportunity to make a motion that if the NFL funds do not get granted to Midd-West that the district still move forward with a football program contingent upon a cost of $21,000 each year for three years.

Because the extra item was added during a public meeting, Abate said a two-thirds majority vote was needed. Ron Wilson was absent for Monday’s meeting, so six out of eight votes would be considered two- thirds.

Upon voting, Hoffman, McKnight, and treasurer Shawn Sassaman voted no, making it five to three.

Parents and players stood up and began to exit the room in disapproval.

Umstead returned to the microphone and asked Abate that if this same motion could come up again on the agenda and be passed by a majority vote as a opposed to a two-thirds vote. Abate said that is true.

Musselman then told the crowd that this is not over.

“Let’s see how the NFL program pans out,” Musselman said, adding there is still hope, and that the topic can be revisited again. 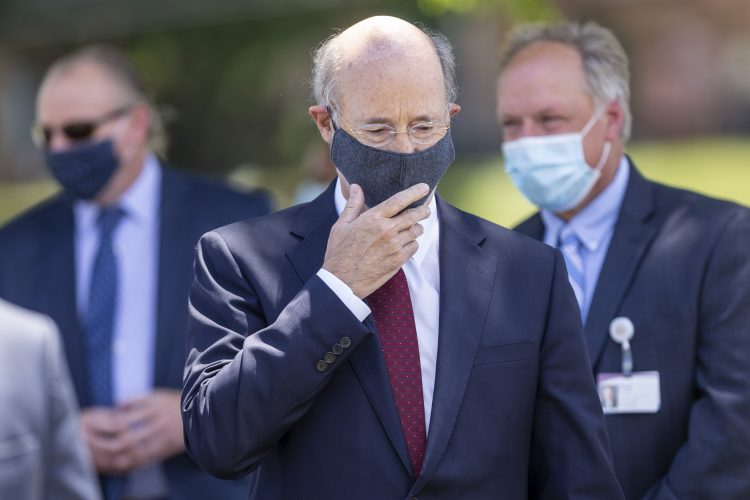