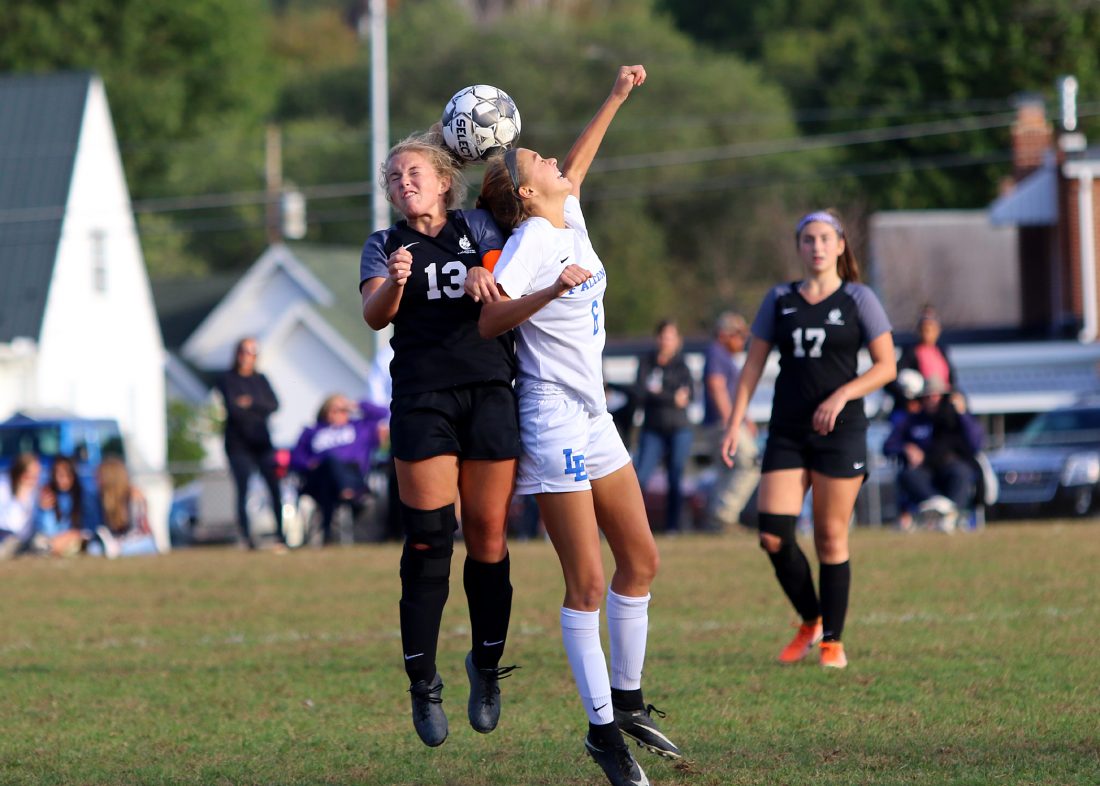 LEWISTOWN — Mifflin County hung in tough, but struggled against Lower Dauphin in a 4-1 loss to the Falcos in a Mid-Penn Keystone girls soccer game Tuesday.

“It was a lot different than it was down there, that’s for sure,” Huskies coach Barrett Knepp said with smile.

It didn’t take long for the Falcons to get on the score board, as Justyce Hollenbach slipped past Mifflin County goalkeeper Madison Finkenbiner for a 1-0 lead.

The Huskies looked to answer not long after that as Lily Yoder passed to Aubrey Strohecker, who missed her shot wide left.

Gabi Clark then took her turn and attacked the net but again failed to capitalize.

Lower Dauphin got back on track offensively when Katelyn Economopoulos launched one from the 18-yard line to extend the lead to 2-0.

Just over a minute later, the Falcons scored again as Katie Estes sent a cross pass to Payten Kirk, who proceeded to knock it in.

“We started a little slow got down 0-3 but I thought they fought hard after that,” Knepp said. “Cleaned some things up defensively, started communicating a little bit like they should have been the whole game.”

Mifflin County wasn’t going to let up its attack as Yoder created multiple opportunities to put points on the board, but each time failed to get the ball past the Lower Dauphin goalkeeper Anna Duncan. The Falcons went into the break with a 3-0 lead.

“We had good scoring chances in the first half,” Knepp said. “And that’s something we’ve been working on all week. We got to finish those when we have them and it just didn’t happen.”

The Huskies put the pressure on Lower Dauphin early in the second half as Sarah Henry hustled downfield but her shot was cut off by the Lower Dauphin defense.

But persistence paid off as Mifflin County finally got on the board when Strohecker found Gabi Clark to cut the lead to 3-1.

But four minutes later, the Falcons were awarded a penalty kick after a collision with two Mifflin County players in the box, and Hollenbach took advantage to score the final goal.

Mifflin County (5-9-1, 1-9-1) travels to Mechanicsburg on Thursday. Knepp expects his team to come ready to play with a lot of energy.