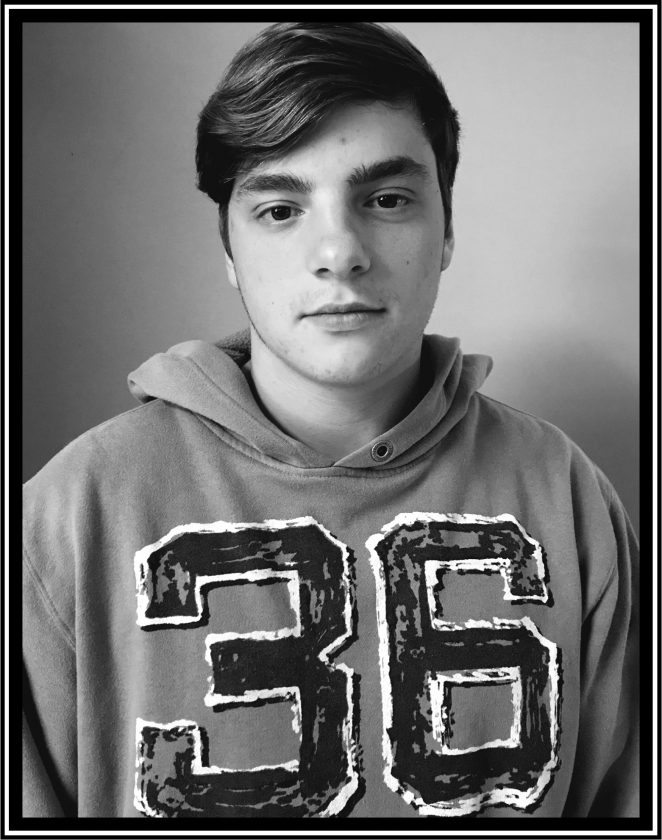 Author’s note: My story is about my mother, Jenny Kenepp. I wrote this in first person as if she was the one telling it. This is a story that changed my mother’s life back when she was a young girl. My mother grew up on a little farm outside of McVeytown. Back in the early fall in the year 1983 my mother’s father passed away from a heart attack. This changed my mom’s life in many different ways. This event shaped my mother to make her who she is today.

It was a chilly Saturday evening in the beginning of October, and my dad had just returned from cutting wood. He was preparing for the winter on our family farm in McVeytown. I remember sitting at the kitchen table eating a bowl full of chili that my mother had been cooking. My dad came in to get a bowl and when we were finished with supper I hopped up on his lap and he whispered to me, “Okay babe. Time for my shows. Love you,” and he kissed me on the cheek. Saturday nights meant that dad’s favorite shows, the news, Hee Haw, and Lawrence Welk were on. He rushed his dinner then stood up and staggered over to the living room to turn on the TV. I turned back to the dinner table as he walked away and little did I know, those would be the last words he spoke to me.

He collapsed onto the floor, and his heart stopped beating unexpectedly with no warning. I was only eleven; I thought he had just tripped over the rug that was in the doorway between the kitchen and living room. My brother Brad was in the shower and Doug was in his room as they were getting ready to go out for the evening. My mom told me to go get my brothers. I was confused and shocked and screaming at my brothers, “Something is wrong with dad!” My brothers came down to where my dad was, and my mom and Doug started to do CPR on my dad. Brad took me upstairs and made me stay there. I wanted to see him, wanted to know what happened to him, and if he would be okay, but I knew something was wrong as he was lying there and his coloring was grey.

I could hear mom screaming to call the ambulance, and my brother Doug crying on the phone. At that time we didn’t have 911, and it was an old rotary phone. My mom and dad were EMTs, and my mom and my brother were already doing CPR on my dad when the ambulance arrived. When the ambulance crew came in the front door, they were in shock. I can remember them crying and yelling for my Dad, saying, “Just wake up Marvin” and “This is just a bad dream.” They were also yelling to keep doing CPR and saying how they couldn’t find a pulse. I heard the one EMT say, “He is dead.” By this time I was on the stairs watching all the fear, sadness, and chaos in my home and just praying that my dad would be okay and thinking we should be watching the news, Hee-Haw, and Lawrence Welk. Brad came up the steps and grabbed me. He was sobbing and said to me, “We just need to pray.” As we sat on my bed with my brother holding me, we just started praying and asking for God’s will to be done but also that we just wanted our dad to be okay. We read Bible verses together and just kept praying until the ambulance took my dad away. The fear, sadness and confusion was overwhelming. What was only a few short hours seemed like a lifetime. There were so many people and so many things going on at my house, while I tried to figure out what happened. The ambulance crew kept working on my dad, loaded him on the gurney, and away he went in the ambulance. The house had an eerie quietness to it. My oldest brother Sam was there, and he followed the ambulance to the hospital with my mom.

My sister Sonja was in Canada on a trip. I remember my brother gave me “a job to do” and that was to try to get in touch with her. She wasn’t there yet, but the campsite was expecting her soon. We left a message for her to call us immediately when she got there. My other sister Heidi was out with her boyfriend, and we knew that she would be home soon. She pulled in the driveway, and I ran out to her, crying and saying that something happened to dad. I was telling her the story, but she said she already knew.

When my mom finally came home, all she did was cry, and my Uncle Ray, my dad’s youngest brother, told us that he did die and that his death was caused by a heart attack and that he died immediately. As soon as those words were spoken, an overwhelming mix of emotions and so many questions just ran through my head. How could my dad be gone? We were to sit down and watch TV and go to church in the morning. How could he just leave us? Why did he have to die? He won’t be home at night to tuck me in bed and tell me, “Love you babe, night.” I thought all I wanted to do was wake up from this horrible dream.

Shortly after my mom came home, the rest of my dad’s family came, my neighbors, our church family, and friends of the family. My sister Sonja arrived home in the early morning hours, but we were up most of the night anyways just trying to figure out how our life just got turned upside down.

Sunday morning rolled around and after getting a few hours of rest, reality set in. The pastor came, and the funeral director came to talk to my mom and my brothers about the viewing and the funeral. After a few short blurry days, and not seeing my dad until we were standing at Harshbarger’s Funeral Home, where my dad was lying in a casket, I was so upset and angry and didn’t want to be there. I wanted to be home and do farm work, and cut and stack wood with my dad.

My dad knew a lot of people; he came from a large family and had many friends. The viewing lasted over five hours. It was a long day, mentally and physically. Going home was not the same; no one was the same. It seemed as if we all changed in some way. I was not looking forward to the next day, the last day to actually see my dad for the rest of my life. I wasn’t afraid to look at my dad, but I didn’t like that he did not look like himself. My dad always looked like he had a tan, and he didn’t have that anymore; he was a pale grey and laying in the casket with a suit and tie, which that was not like him at all. He was a t-shirt and jeans kind of guy.

The dreaded day of the funeral finally came. The funeral home was packed with no more seats available, standing room only. It was so quiet that you could hear a pin drop. As I was standing by the casket all I wanted to do was touch my dad’s hand but too scared to do so, I stood there and whispered, one last time, “I love you, Dad, night.” My mom, my brothers, sisters, friends, and family said our goodbyes and stood by his casket and cried as they closed the casket and draped the American flag over it and then off he went into the hearse to the gravesite.

I knew that my dad was in the Army but did not realize how they honored their own at a funeral. As we sat along the graveside, after the preacher said his words and prayed, it became very silent. While sitting there waiting and wondering what was going to happen, I saw the Honor Guards with guns and one with a trumpet. The Honor Guards honored my dad with a 21 Gun Salute, the playing of Taps, and then two of them removed the flag from the casket carefully folding the flag into a perfect triangle. This part was hard for me as my dad and I put up a flag pole in our front yard, and I remembered everything he taught me about the flag. He showed me how to raise and lower the flag, respect the flag, honor all that have paid the price for the American flag, and to fold the flag and to never let it touch the ground. After the flag was folded just like he showed me, the guard came over to my mom and thanked her for her husband’s and our father’s service to our country and handed her the flag that he dearly loved and honored. October 1, 1983, forever changed my life.