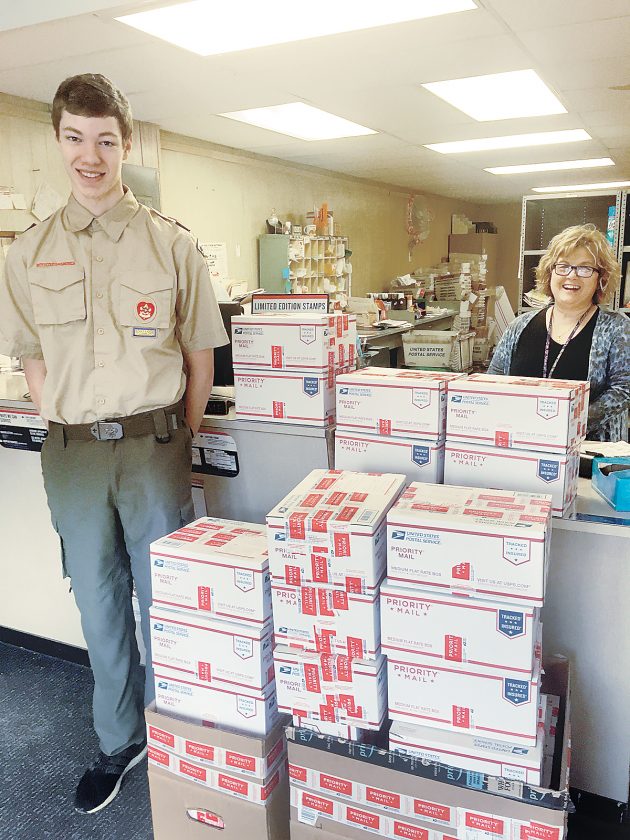 EAST SALEM — While 67 care packages are on their way to deployed soldiers, Chris Nipple, a junior at East Juniata High School, is on the road to earning his Eagle Scout award.

Nipple, son of Keith and Gwen Nipple, of East Salem, is a member of Troop 65 of McAlisterville, having been active in scouting since he was in kindergarten. He has earned 32 merit badges and is a member of the Order of the Arrow.

Nipple planned and executed his project after it was suggested by scout assistant Kirk Freed. Scoutmaster Earl Davis assisted by supplying Nipple with potential contacts.

The scout contacted the Lewistown Armory and received a list of soldiers to be the recipients of the care packages. He then collected monetary donations from local businesses and community members, and with their generosity, was able to fill 67 boxes, exceeding his goal of 50 care packages.

Nipple shopped at local stores to purchase toiletries, snacks, games, socks and a flashlight for each soldier, and made multiple trips to the post office for supplies and guidance on what he needed to do to send them out. 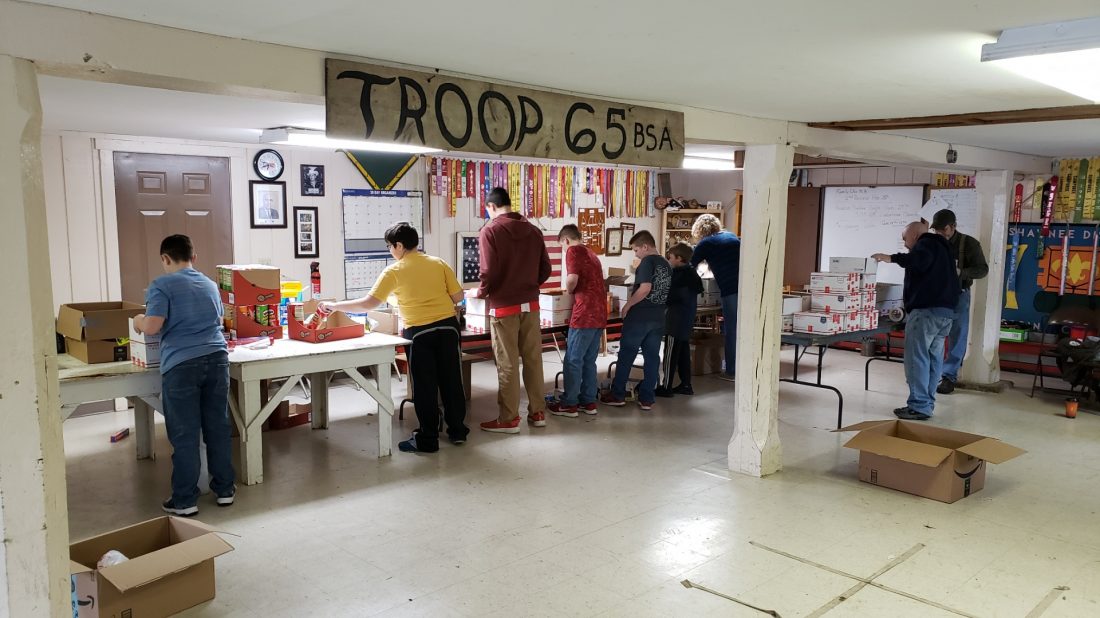 He set up an assembly line, and with the help of members of this troop, filled the boxes and had them ready to ship within an hour.

Nipple transported the boxes to the Mifflin Post Office and, with the help of Chad Dressler and Karen Hambright, the packages were shipped.

Nipple credits Scoutmaster Davis for his guidance and advice since becoming a Boy Scout, saying he has been a great leader and someone he looks up to. He also said Assistant Scout Leader Bob Hosler has played a big part in his scouting career.

In addition to scouting, Nipple has been a soccer player since the age of 5, and enjoys all the latests advancements in computer and communication technology.