True Love Rules Over Everything 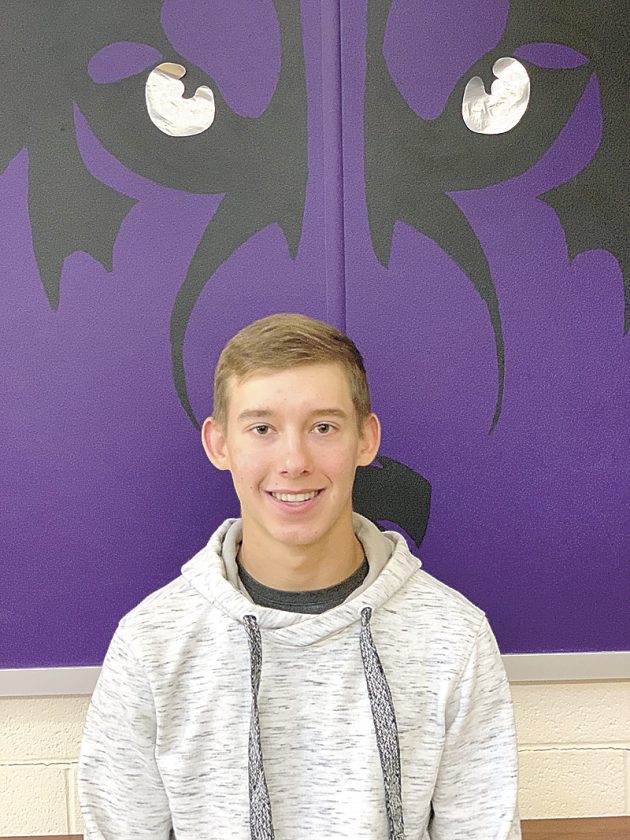 Author’s note: In the year of 1983 rock and pop music was just beginning to become popular and so was joining the military. More and more people were finding out the things happening in our world at that time, and they knew changes had to be made. Therefore, the military was one of the best ways to take initiative and to try to make this world a better place. My name is Trey Walter, and the story I have written is about my parents falling in love in the halls of Lewistown High School, being in love throughout school, and then splitting up due to my father, Tim, enlisting in the military because of some things happening in his life. For 18 years, my mother, Lori, stayed in Lewistown, and when he came back, they got married and to this very day, they are married and had me together. It all worked out in the end, and love truly works in mysterious ways.

It was the year 1983, in a small rural town in Pennsylvania called Lewistown. It all started out as a normal high school love story, but then when things started changing in one person’s life, it affected everything and two people’s lives for years to come. It was in the long, wide high school halls of Lewistown High School that two average teenagers met and ended up becoming lovers. It all started with walking each other to class, waiting every day at each other’s lockers, and late night phone calls. The two high school teenager’s names were Lori Berrier and Timothy Walter. Lori was a sweet innocent farm girl that had horses, and loved spending time with family. She was the ideal blonde hair, blue-eyed girl that every guy searched for. She was skinny and was shorter and loved to be active. If she wasn’t out on one of her horses somewhere, she was inside conversing with her brother or sisters. Lori grew up on her family’s farm in a small rural place called Ferguson Valley, and that was where she spent most of her time. She did like to spend time with friends and go out dancing and skating and doing fun activities like those.

Tim was very much different. Tim was a smaller and skinnier guy, with wide shoulders, brown hair and green eyes. He had lived in a tight, crowded part of Lewistown, and he loved to cause trouble. He was always trying to find something to do either to be funny or just to cause mischief. He didn’t spend much time at home and even though he was always in trouble his parents were very strict and had always tried to discipline him. He had brothers and a sister, and he did spend time out and about on the streets with them, but he was often with his friends. He never really cared much about school; as long as he passed, that’s all he cared about. When he and Lori met, they truly realized the expression “opposites attract” was something to believe. They had such different lives, likes, dislikes and hobbies, but they both had one thing in common. They were in love with each other. They had their fights and obstacles in the relationship here and there, but overall it was a normal, high school relationship. They often times talked at school and out on dates here and there, never usually at each other’s houses. They never realized that such big love could grow between two completely different people in such a small town. Life seemed to be at its finest for the both of them, and they thought things were going to be great for the future.

Eventually as time went on, some things started to happen in Tim’s life, with both his family and just his life in general. It had him thinking and staying up for countless hours wondering and pondering what to do and what would be best for his life. Then one day, he had gotten the random thought of the military, and that’s when it all started. He had known about the military due to people talking about it and the word spreading that they needed new recruits. He felt that all he was doing in life back in his small hometown of Lewistown was wrong. He felt so unsure about life, his view on things were changing, and he figured he had to do something to change things around. That’s when at the age of 18, he enlisted in the United States Army. He was unsure as to what to do and how to tell his family, friends, but most importantly, Lori, that he had enlisted in the military and would soon be going to basic training and then shortly after being stationed in a different country a long distance away from home. Puzzled and confused, he laid in his small room on his bed thinking deeply and repetitively on what to do. He then got the courage to meet up with Lori in person, and he told her briefly about what was going to be happening in the future and that in his mind this was going to be best for his future. Lori understood and took his thoughts and idea into consideration. She respected that and as hard as it would be to let him go far away to possibly never see him again or barely talk to him, she knew it was best for him at this time.

Tim slowly then started telling more and more people about his enlisting and the details of the deployment and basic training. As the days went by in Lewistown they continued to think about what the future was going to be like, what was going to happen, and what they would do as a couple. Lori and Tim were both very much in love with each other, but at this point in Tim’s life, the military was the best thing for him. Slowly everyone started to understand and realize that. Tim was first going to be going to basic training for his certifications and clearings in order to be in the military and then be stationed far away. Tim was unsure as to where that would be as of now.

Tim and Lori both were very nervous and anxious about what was going to be happening soon in the future. They loved each other, but knew things were going to change due to this. The days got shorter, and the leave date was approaching, so they spent all the time they could together, and their last date consisted of a dinner at a little fancy restaurant and inn called Green Gables. The thought of knowing this could possibly be the last time they see each other was really getting to them and was starting to finally set in. Heartbroken, but knowing it was for the best, Lori realized that today was the day, the day that could possibly be the last time she ever sees Tim. Tim was then taken to the airport by his mother, Lori, and a close friend also named Tim. The ride to the airport was quiet, but no one in the car was silent. You could see and know what everyone was feeling and thinking just by looking at them and watching them. All three of them knew it was for the best, but they were still heartbroken and very upset. The loneliness was already starting to set in, and Lori already started to get a sick feeling to her stomach, and they weren’t even to the airport yet! In a reassuring manner, Tim talked to them and calmed them down on the way to the airport, knowing the ride home for them would be full of sadness and tears.

They pulled up slowly to the airport, and as Tim got out and everyone was saying their last goodbyes, a tear fell from his eye. He knew this was the best thing for his life, but Tim rarely cries, and this truly was hitting him in his soft spot. As he walked up the long narrow steps of the plane that seemed to never end, he turned around one last time and with a final exchange of slow waves and small, short, smiles, he boarded the plane. Tim, Lori and his family kept in touch quite often through letters sent back and forth. Tim always let them know how he was doing and what all he was experiencing and feeling. For 18 years he was in the military, first basic training, then shortly after he was stationed in Korea, then Germany, and one or two more places after that. Tim saw many days of experienced and brutal combat fighting but never included that in any of his letters. He didn’t care what he was doing or what he thought, he was always making sure everyone back in his small hometown of Lewistown was doing all right.

Tim and Lori both found other love and were starting to move on with their lives, and during those 18 years, Tim had two daughters and a son, and Lori had one daughter. After those long and brutal 18 years Tim finally retired out of the military and decided it was time to go back home. He did end up loving the military and the daily routines, and it changed him and his maturity more than words can describe, but he knew that it was time for him to go back home, and he only had one thing on his mind, Lori. Lori was walking around on her farm one day when she got a phone call from Tim. Surprised, she jumped for joy! They ended up meeting up and well … two years later they were married, and Tim and Lori are still married to this very day, happily ever after.