The Shot That Changed My Life 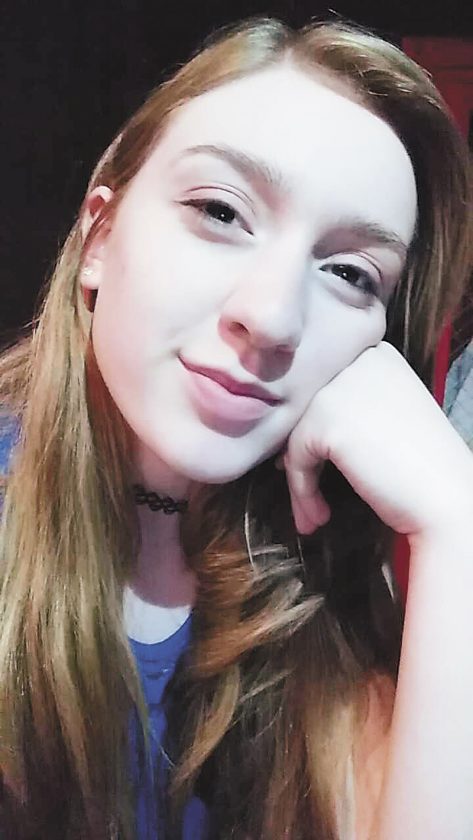 Author’s note: I chose to write about a story from when my mom was young because life was very different then. In the 1970s our nation was still very trusting since September 11, 2001, hadn’t happened yet. People during that time also had a different way of thinking. I specifically chose this instance in my mom’s life because it changed her thinking. She could have been hateful toward certain ethnic groups, but she didn’t let it affect her. My mom chose to let it change her for the better.

Let me tell you about the night that would change my life. Some might say it wasn’t that drastic, but it affected me greatly. The year was 1975, Gerald Ford was president and minimum wage had just risen to $2.10 an hour. I was 16, and I lived in the outskirts of Philadelphia in a neighborhood named Nicetown. We had moved there when I was 5. It was right next to the Hunting Park District and the Boulevard, which was the main vein from the city to the suburbs. It was a decent place to live until some gangs moved in and started to wreak havoc in the neighborhood. I had been verbally harassed and had several run-ins with them before this even occurred. It was like my neighborhood had changed overnight. The gangs were into selling drugs and violence. The neighborhood I lived in for most of my childhood was changing and not for the better. It was only a matter of time until things finally went horribly wrong.

It was late fall, early winter when this event in my life took place. It was about six or seven at night, and I was getting ready to go over to my boyfriend and his family’s house, where many of our friends gathered. My boyfriend’s name at the time was Andy. We had been dating for about three months before all of this happened. I had become close with his family throughout our relationship, and our friends that gathered there. Before I left my house that night I put on my coat. I remember the night having a bitter bite to it, and I didn’t want to get sick from the cold. I walked to his house, but that night I walked a little faster than I usually did because it was quite chilly. I had to walk because I had only been 16 for a few months, and I didn’t have a car or even my license yet. The walk to his house was about two city blocks, and it usually took me between five and 10 minutes, depending on the traffic at the intersections and how fast I walked. I lived on Franklin Street, and Andy lived on 9th Street in between Wyoming Avenue and Roosevelt Boulevard. To get to his house I had to walk down Franklin Street until I got to the corner of Wyoming Avenue. I made a right onto Wyoming and then had to walk past 8th. I crossed over Wyoming and then made a left on 9th Street. I then crossed over 9th and walked about two thirds of the way up the block.

After walking for a bit I finally got to his house. He let me in, and we were standing in the entryway when it happened. I hadn’t been in his house for more than a minute, and I still had my coat on when we heard them, gun shots. At the sound we both stilled and looked at each other, our eyes widening.

Andy looked at me, “What? What the heck was that?” I could clearly see shock and fear in his eyes.

Were those really gun shots? There was no way; I had just been out there, and everything had seemed fine. There hadn’t been anyone else out there. But I knew there was no mistaking that sound. Deep down I knew exactly what had happened. Someone had just gotten shot on the street I had just walked down not even two minutes before. What if that had been me? I started to shake even though my coat was still on. I could have witnessed that. I could have accidently been shot. If I had left my house any later. If I had gotten stopped at a light. I would have still been out there. I knew this shooting wasn’t random. I knew it had to do with the gangs that had moved into my neighborhood, but that didn’t stop the fear from soaking into every fiber in my body. I remember I kept thinking: that could have been me. I could have seen that. What would I have done? The truth is I have no idea what I would have done. I probably would have reacted the same way I did; I would have just froze. I stood there still shaking as Andy was still looking at me. It was all written on our faces, the shock, the fear, even the subtle look of disbelief was still there. very well could have been me, and we both knew it.

After we had snapped out of it I called my mom and told her what happened; it was upsetting. She told me she wanted me home as soon as possible but didn’t want me to walk back home myself. Andy and some of our friends were nice enough to walk me home that night. My mother was freaked out and in shock over it; we all were. My sister and three brothers had been concerned about me, and they were glad I was safe.

About a week or two after that night we moved; we just up and left. My parents decided that Nicetown was no longer a neighborhood they wanted their children to live in. The neighborhood we moved to was South Hampton. It was very different from Nicetown because it was a suburb in Bucks County. I spent the rest of my eleventh grade year in high school there. I remember the classes there were weird. They had an open concept theme for all the classrooms; it was very distracting. The people there treated us differently because of where we had lived previously. We had lived there about a year before we moved to Delaware County.

Andy and I were still dating when I left Nicetown. Our relationship lasted a couple months before the distance became too much. We didn’t see each other like we used to, and our relationship started to deteriorate. We both decided that it would be better for both of us if we broke up and went our separate ways. Things hadn’t ended badly, and we were still friends for a few years after it.