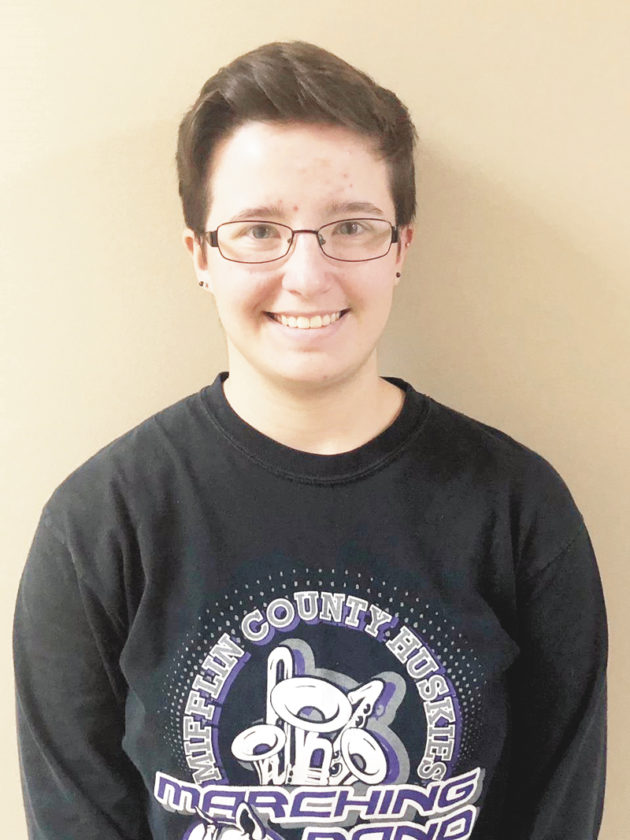 Author’s note: It’s weird to think that at one time my dad, Chris, went to college and lived in an apartment and did things that soon enough I’ll be doing. That’s why I chose this to write about. I’ll be going to college next fall and the closer I get, the more I realize I have no idea what I’m getting myself into. I’ve always known that my dad went to a two-year college, but that’s the only thing I knew. I’ve known my dad for almost 18 years now, and I’m just now learning about what his college experience was like. I had no idea where he lived, who he lived with or even where he went. I also wanted to write about what it feels like to leave home for more than a week and be more than an hour away. Most people go on vacation for about a week or two, but they eventually come home. When you go to college, you usually only come home for holidays. I wanted to know what emotions he felt on the day he left and the couple weeks after when he realized he was on his own. The setting of this story is in Scranton, Pennsylvania, at Johnson Technical Institute (which is now Johnson College). My dad started in August of 1993 at age 19.

It all began on a sunny August day back in 1993. A young man, about 19 years old, packed a small amount of items, not sure what would be good to take along. He had butterflies in his stomach, flitting around and brushing against his insides with their papery wings. He knew that he would be with his friends soon enough, which calmed his excited butterflies. Within the hour he would be on the 90 minute drive to his new home for the next two years: Johnson Technical Institute. It was the main campus, located in Scranton, Pennsylvania.

He knew that he would have to take a test when he got there. It was his aptitude test to see what he was good at, or bad at for that matter. That was nerve racking too. This was the right college for him though; he knew it. His friend was going to be there, and the rest of his high school wouldn’t. It seemed like all of them wanted to go to Penn College, which is why he decided not to. He’d already spent four years with them. He wasn’t going to spend another two years with them. Today he would be making the trip over by himself. His parents would come visit him later after he’d gotten settled in his apartment.

He finished packing his tiny amount of belongings and closed the suitcase. He looked around his room, remembering everything that he had done during high school; he was really leaving. It’s only for two years, he told himself. It wasn’t like he was never going to come back; he would be back on the weekends. Looking at the clock, he realized it was time to leave. He put the last of his stuff in the car and got in.

Chris had known Dan for a long time. They’d been friends since high school, and now they were in college together, too. Had Dan decided to not go to Johnson Technical, Chris would not have gone either. They had made plans to go to the same college. He was a funny person, enjoyed watching sports on TV, and had a sense of humor that only they could understand together.

Chris had been right. Dan didn’t have a whole lot of things with him either. He did, however, have a small television. Good, thought Chris. Now we can watch football. The apartment itself wasn’t very big. There were two floors and an attic. An older lady lived on the first floor. She owned the house. Time would tell if she could put up with three teenage boys living above her. The second floor is where Chris, Dan and eventually Neil would live. There were two bedrooms, a small kitchen, a bathroom and a living room. The kitchen came with a stove and a refrigerator, about six feet worth of counter space and some cabinets on the wall.

The other rooms weren’t all that spectacular either, just four walls and a ceiling, sparsely decorated with miscellaneous furniture. The issue soon became clear though: two bedrooms, three people. Luckily for them, the attic could be used as a bedroom as well. Chris was fortunate enough to have the attic room. It wasn’t a large room, enough space for a bed and a dresser and his small amount of possessions. Chris looked around the attic. It didn’t seem like it was insulated well. It’s going to be cold up here in the winter, thought Chris. However it didn’t faze him. He could deal with the cold weather. He didn’t like it, but he could deal with it.

Downstairs, Dan had put his things into his room and was trying to set up the TV. Neil would be there later in the day he supposed. Chris didn’t have anything he needed to do, so he helped Dan with the TV until they got it to work. Soon enough, they were both hungry. Unfortunately, no one thought to bring any food with them. That meant they would have to go to the store and buy something to eat. They both decided that it would also be a good way to learn about the area and find some local activities to keep busy with throughout the year.

What Chris really wanted then was pizza, but they had other, more important things to spend their money on, so pizza would have to wait. They ended up buying pasta and spaghetti sauce, hot dogs, and ramen noodles because they both liked them. To a point.

As they were driving around after they got food, they saw a couple things they could do for fun. It turns out going to the grocery store could be fun in a way when one was really bored. They found a bowling alley. They guessed that would be fun in the winter. They also found a golf driving range. None of them knew how to play golf, but they assumed it would be a good way to kill time eventually. They drove around for a little while longer, just getting a feel for the surrounding area. Anything would be better than sitting in the apartment all of the time. They hoped that eventually they would get to know some others well enough that they could go hang out with other people. They did have a Nintendo back at the apartment. That would be more of a winter-time thing when there was less to do outside. They only had a couple of games, one of them of course being Mario Brothers and another that was something called Mike Tyson’s Punch Out. That one was more entertaining than anything.

When they got back to the apartment, Neil was there. That meant that all three of them could figure out how to split their bills. The rent on the apartment would be easy enough, just split it three ways. Groceries and other accommodations would be another story. Phone bills would be rough to pay because it really depended on how many phone calls each of them would make. Chris guessed they would figure out something fair eventually.

Later that night, Chris began realizing that he was really on his own now. It didn’t terrify him, but it did make him anxious. He wasn’t sure what was going to happen in the next two years, but somewhere deep inside he knew it would be OK. He knew that not everyone would be as lucky as him because he got to share his college experience with his best friend and not have to be completely alone in a new school. He knew that helped with the nervousness. He also knew he would make some new friends, but that would take a little more time.