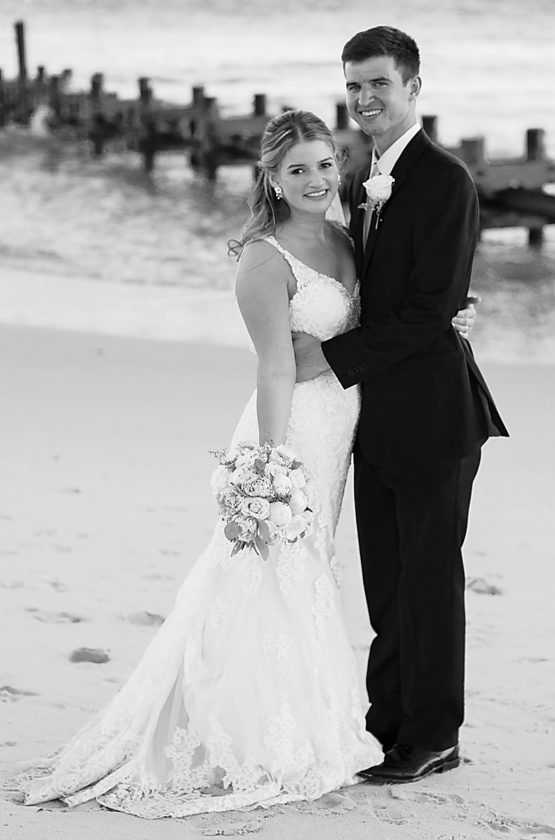 Olivia Marie Runk, of Lewistown, and Jeremy Mileski Koller, of Reedsville, were married on July 8, 2018, at The First Presbyterian Church of Cape May in Cape May, New Jersey.

The bride is the daughter of David and Marybeth Runk, of Lewistown. The groom is the son of David and Joyce Koller, of Reedsville.

The reception took place at the Hotel Alcott.

Addison Espigh and Grace Williamson, cousins of the bride, were flower girls.

Colin Fisher, cousin of the bride, was the ring bearer.

Quinn and Grady Fisher, cousins of the bride, were acolytes.

Scripture readers were O’Hara Fisher, cousin of the bride, and Connor and Mia Ware, cousins of the groom.

Patty Loudenslager, aunt of the bride, was the organist.

The bride is a 2013 graduate of Mifflin County High School and a 2017 graduate from Schreyer Honors College at The Pennsylvania State University. She is a registered nurse in the Children’s Hospital at Penn State Milton S. Hershey Medical Center.

The groom is a 2012 graduate of Mifflin County High School, a 2016 graduate of The Pennsylvania State University, and a 2017 graduate from the Mendoza College of Business at the University of Notre Dame. He is an audit associate and CPA at KPMG.

To celebrate their marriage, the couple went on a honeymoon to New England. They reside in Hershey.