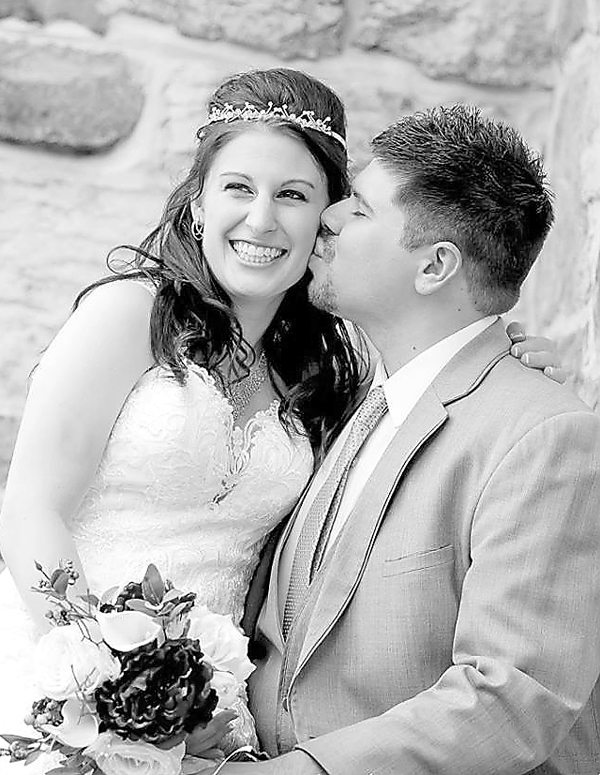 Amanda A. Suders and Tyler L. Hutchinson were united in marriage June 10, 2017, in the company of their nearest and dearest friends and family.

The ceremony was held at the Village Lighthouse Chapel, Blairs Mills, where the couple attend, and Tyler serves as a member of the board, pianist, worship leader and pastoral secretary. Pastor Judy D. Rowles officiated.

The bride is the daughter of Purnell and Kimberly Dressler, of Millerstown. She is a graduate of Greenwood Area High School and Harrisburg Area Community College. She is employed as a loan administrator at Liverpool Community Bank.

The groom is the son of Linda and the late Stevie Reeder, of Cross Keys. He is a graduate of Juniata High School and Mifflin-Juniata Career and Technology Center. He is employed as a customer service representative/lender at Juniata Valley Bank.

The ceremony began with sisters of the bride and groom, Hollie Adams and Tiffany Burdge, lighting the candles. The couple’s son, Carson, was the ring bearer. The ceremony was held in remembrance of Tyler’s father, Stevie, whose birthday would have also been June 10.

After a honeymoon trip to Bermuda, the couple, and their son, reside in Honey Grove.